Yoko Ono: “I Had Nothing To Do With Breaking Up The Beatles” 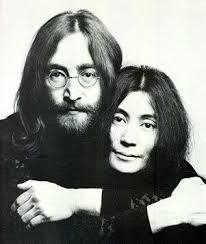 It was a time of deep loss, psychological questioning and bitter in-fighting over leadership and business that would ultimately end in the band’s split.

Companies need to be aware not to become the Beatles with low performers playing the role of Yoko Ono’s in your high-performance teams.

From a better salary to a sense of purpose, there are many reasons why top performers leave for other opportunities.

A recent management survey reports that:

Before Examiz developed MATCH, it has been nearly impossible to identify low-performing job candidates before offering them a job. (www.examiz.com)

Based on the data results, companies may need to adjust their hiring processes accordingly. The cost of attrition is high, especially when it’s your high-performers who are leaving.

“Companies that do not address low-performance issues will likely weaken their culture and drive away their best people.” said Melissa Jezior, CEO of Eagle Hill

In Beatles lore, no person is as divisive or controversial as Yoko Ono, the lover and eventual bride of John Lennon, who arrived on the scene as the band was facing its toughest hardships.

This website uses cookies to improve your experience while you navigate through the website. Out of these, the cookies that are categorized as necessary are stored on your browser as they are essential for the working of basic functionalities of the website. We also use third-party cookies that help us analyze and understand how you use this website. These cookies will be stored in your browser only with your consent. You also have the option to opt-out of these cookies. But opting out of some of these cookies may affect your browsing experience.
Necessary Always Enabled

Any cookies that may not be particularly necessary for the website to function and is used specifically to collect user personal data via analytics, ads, other embedded contents are termed as non-necessary cookies. It is mandatory to procure user consent prior to running these cookies on your website.